Eight large pieces of the artist’s sculpture accompanied by thousands of small pieces with similar forms are displayed at the square in front of MOCA. The outdoor exhibition aims to eliminate the time and spatial limitations of museums and bring art into the communities. The arrangement also hopes to, through the interactions between the audience and the artworks, manifest the repetitive labor of the artist.
and the personal ambiance he created in his art.
The following passages are excerpts of Prof. Liao Jen-I’s essay about the art of Hsu Yung-Hsu, titled “Corporeal Austerity”
Corporeal Austerity by Liao Jen-I
In creating these works, Hsu Yung-Hsu chose not to use any tool but his own hands. He stacked up the clay coils with his palms and fingers and shaped then by rubbing, pressing and squeezing them. He tried to extend thin part upward and test the load limits by stacking them as high as possible. The structures of his artworks were
decided, more or less, by his experiments. Hsu’s actions remind me a silkworm spewing out ceaseless threads that entangle and form a structure from nothing. The silkworm, driven by natural instinct, is making an oval shell to wrap itself up. Compared to a silkworm’s instinctive movements, Hsu intended to release his instinct that has unclear purposes. Though the actions of the silkworm and the artist are not exactly the same, it still explains my description of Hsu’s austere practice over his body. Hsu’s actions also let us see that the artist’s body and his medium might have a relationship not unlike flesh and blood.
Hsu’s body has been brought into his works during his creation. Following his hands, his entire body moves and stretches as he stacks the clay coils on the large working table. In his repeating movements of his torso and the repeating kneading and shaping of the clay, his body becomes a part of the clay. The material carries the artist into an austere journey. In his book L’oeil et l’esprit, Maurice Merleau-Ponty pointed that: “In fact we don’t see a soul painting. It’s the painter throwing his body into the world and transforming this world into painting. In order to perceive the physical transformation, we should find back the substantial body in movement. Such a body is neither a fragmentary piece in a space, nor a combination of different functions, but a state of interwoven visions and movements.” Hsu also throws himself into the clay so he was able to shape the clay. During his creation, his hands and his body have entered an interwoven state that leads him into an unknown journey. Though unknown, Hsu feels the mutual dissolving power of his body and the clay and an experience beyond his life has been developed. It is a
state of pain and surprises, an eventful journey. 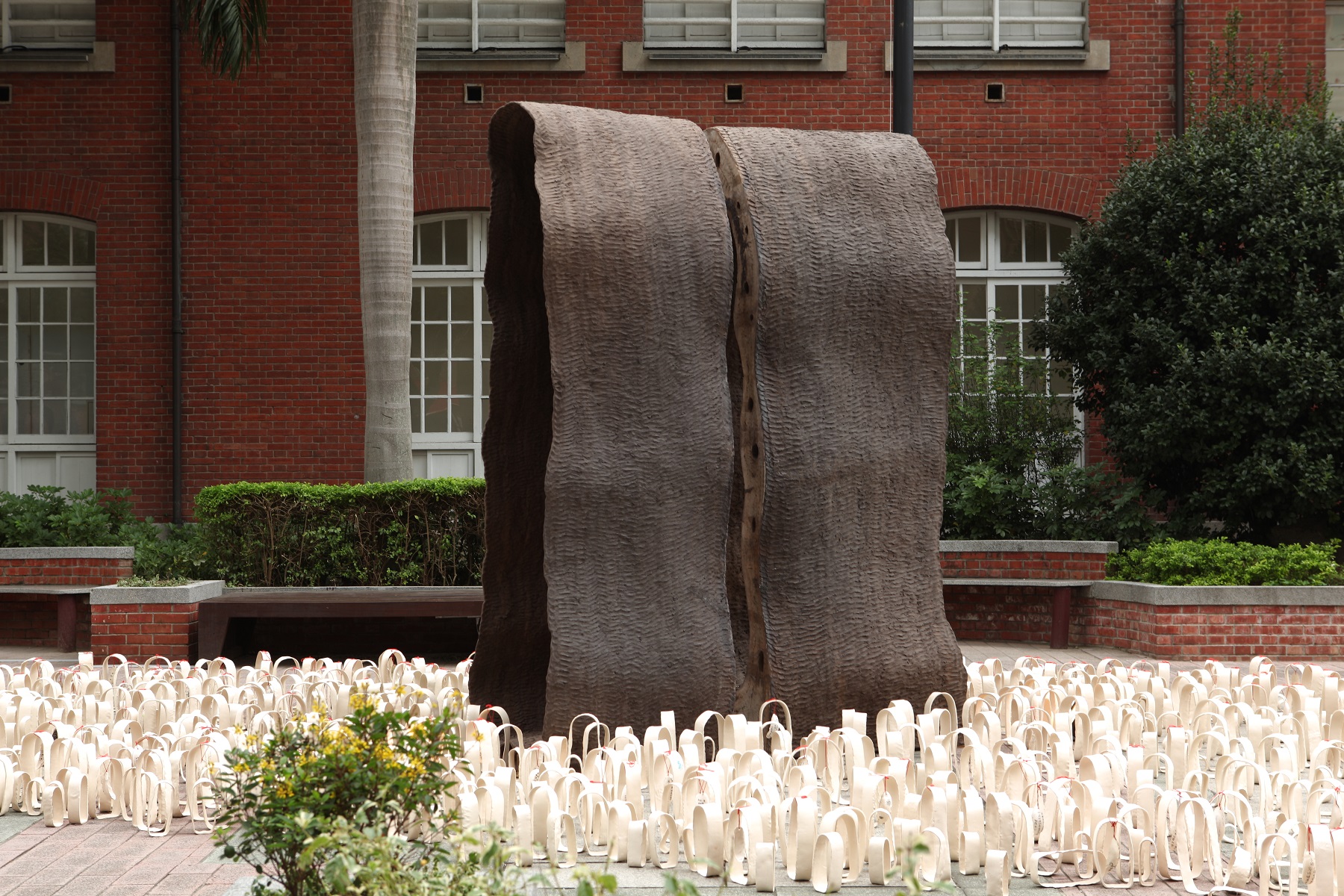 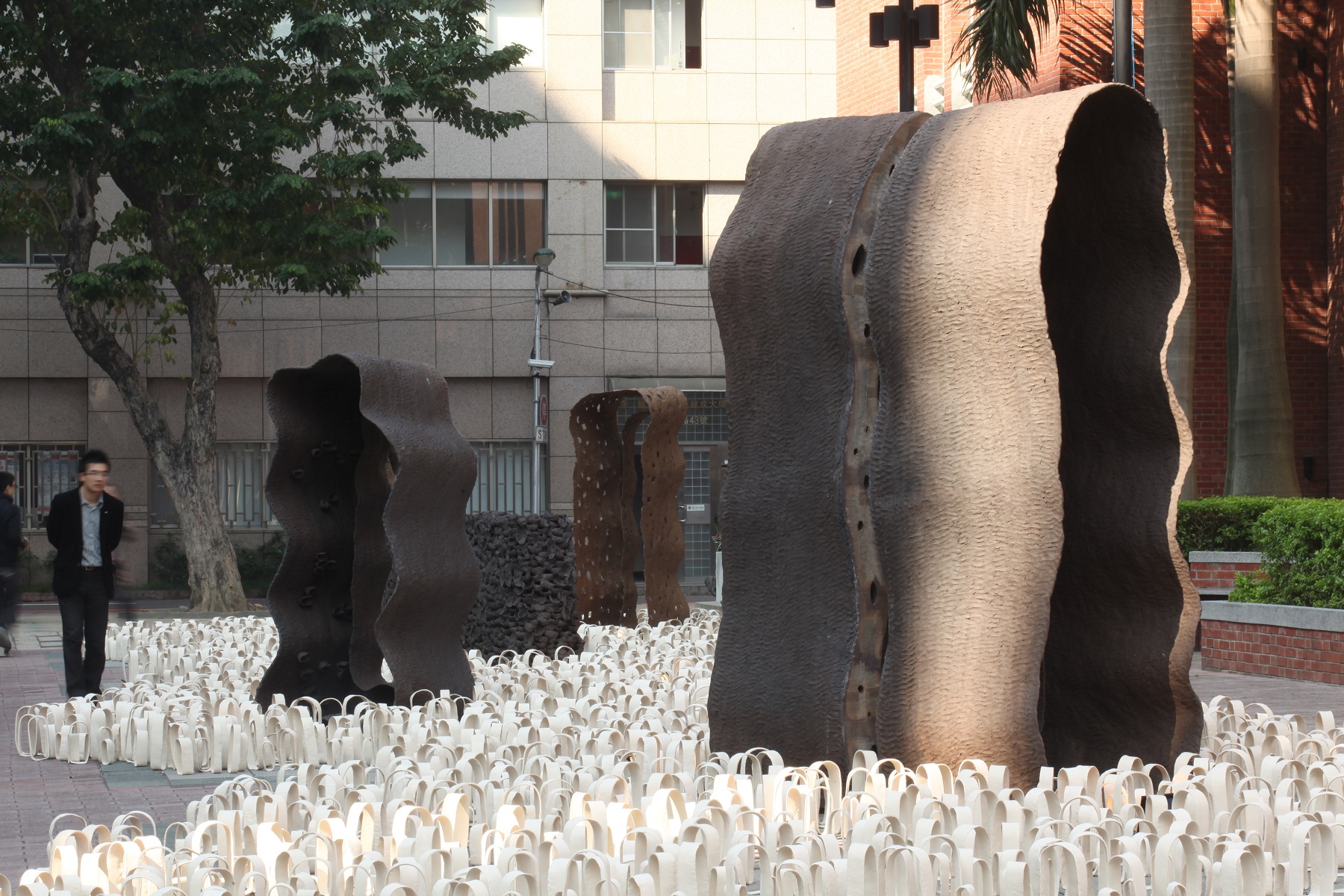 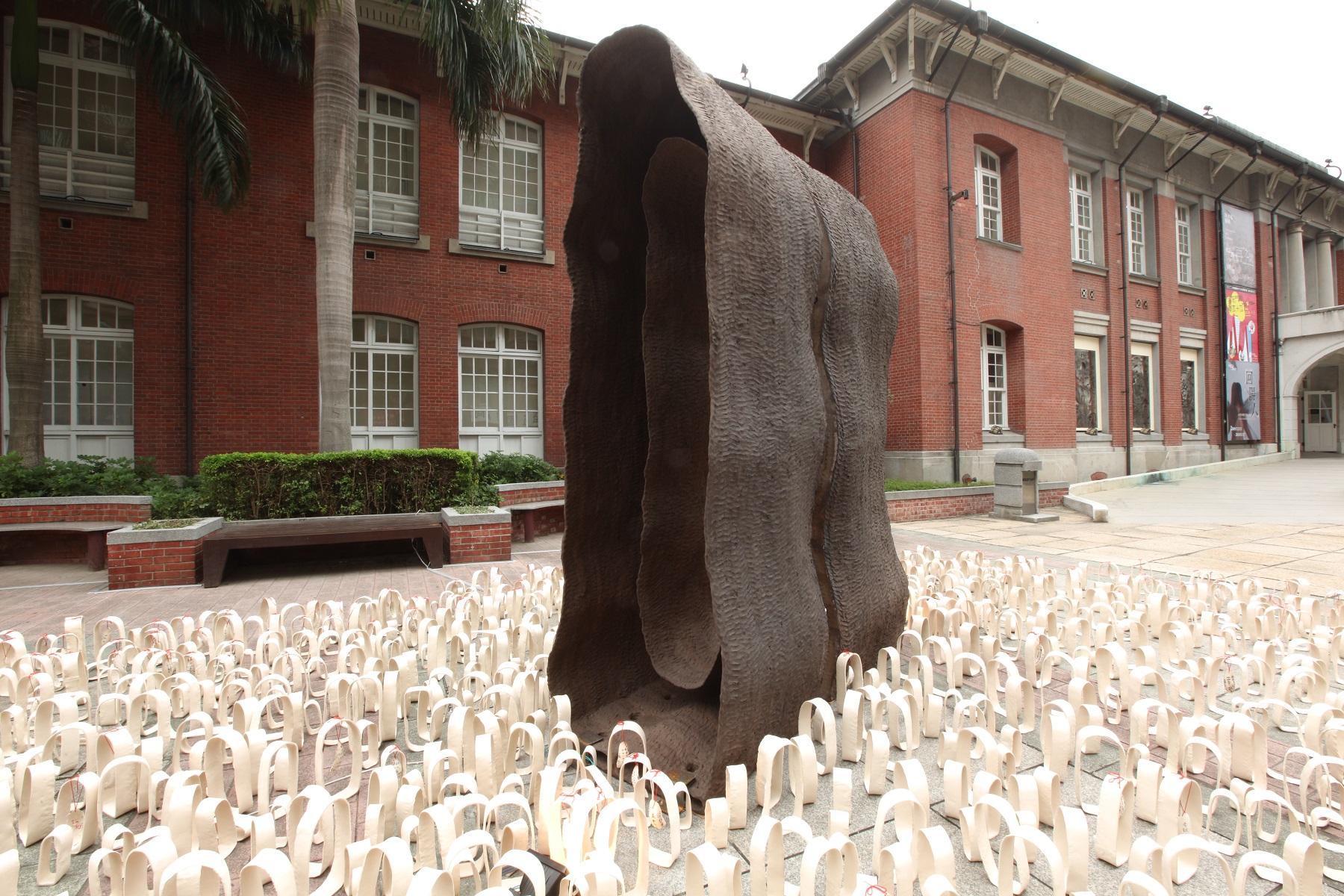 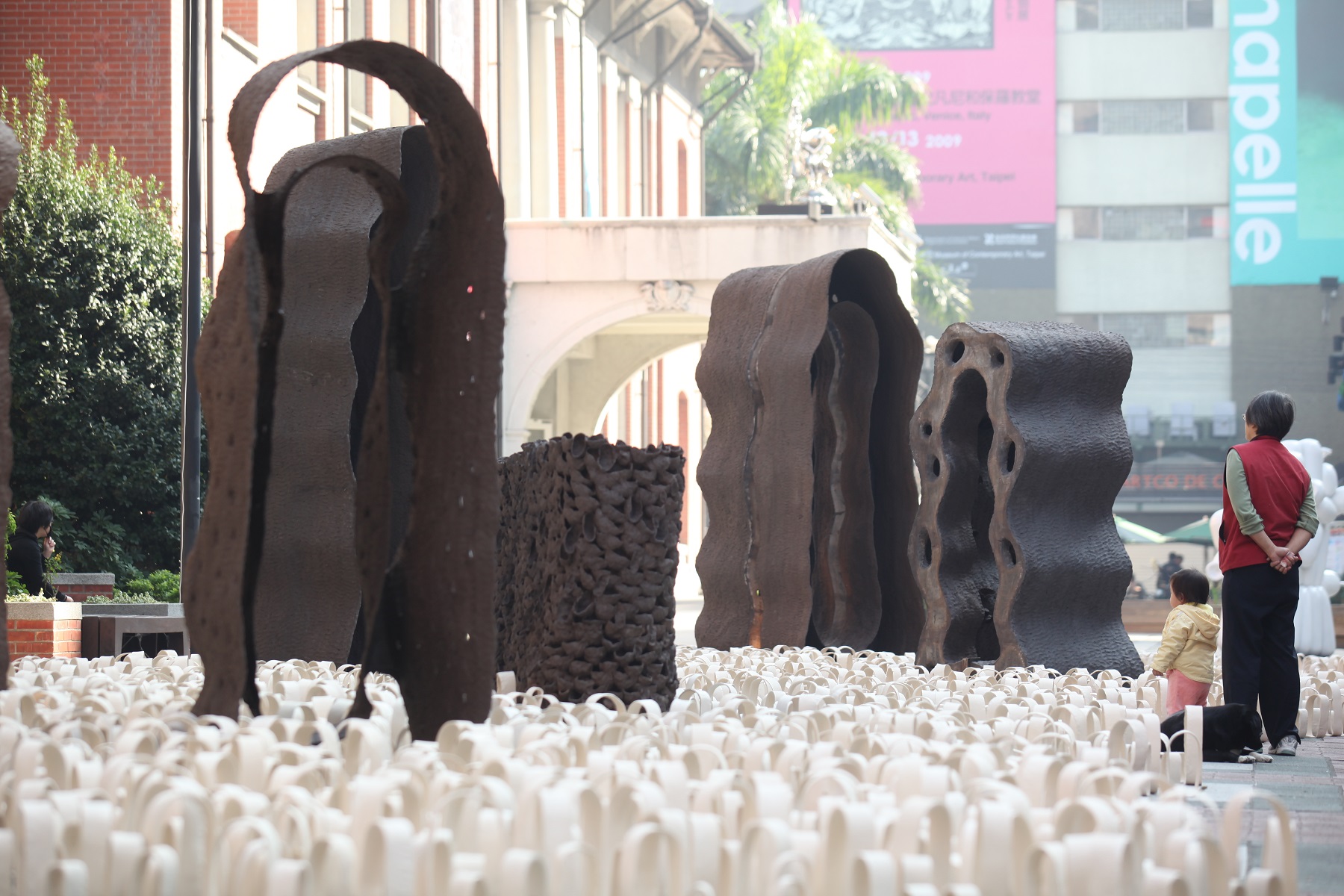 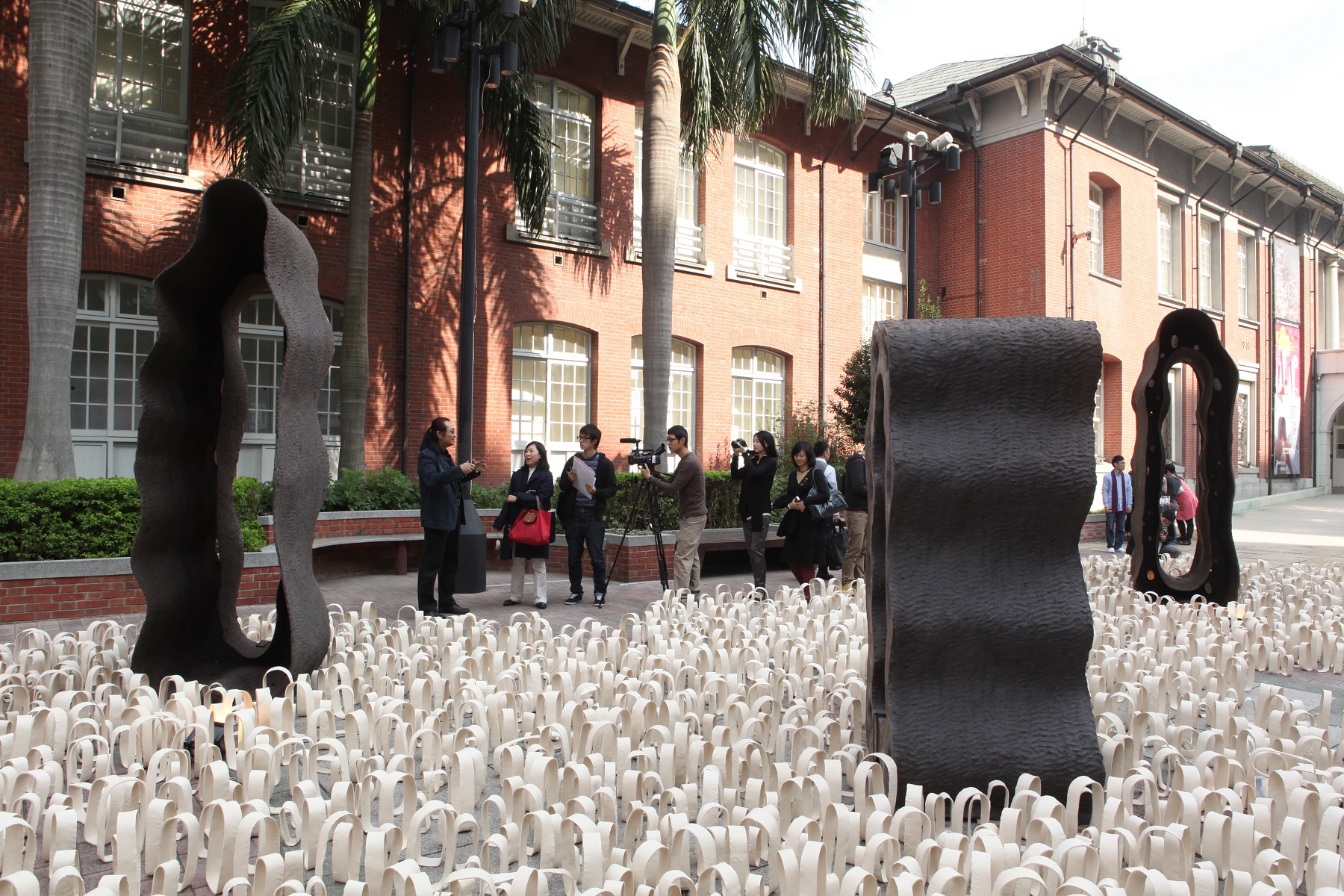 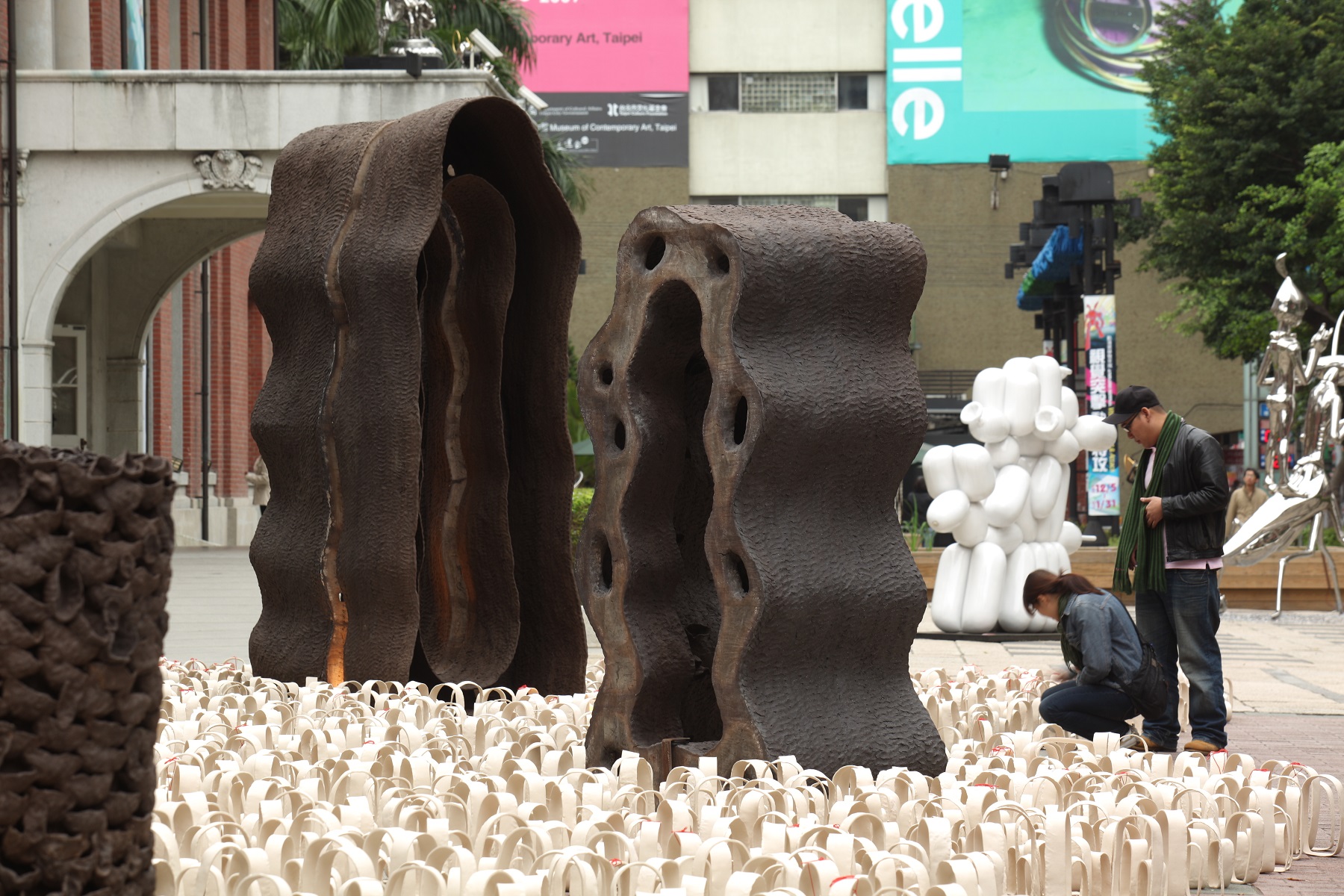 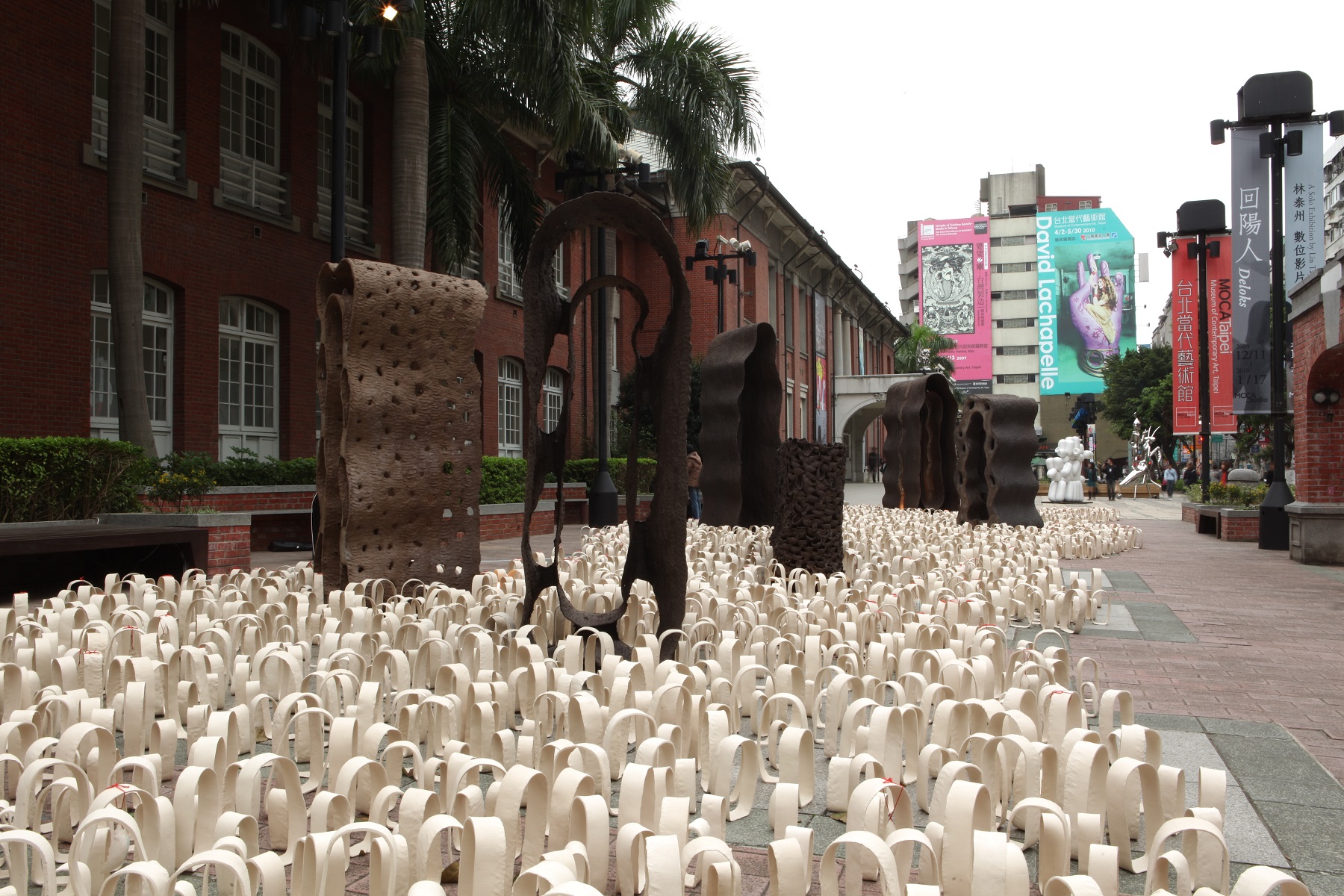 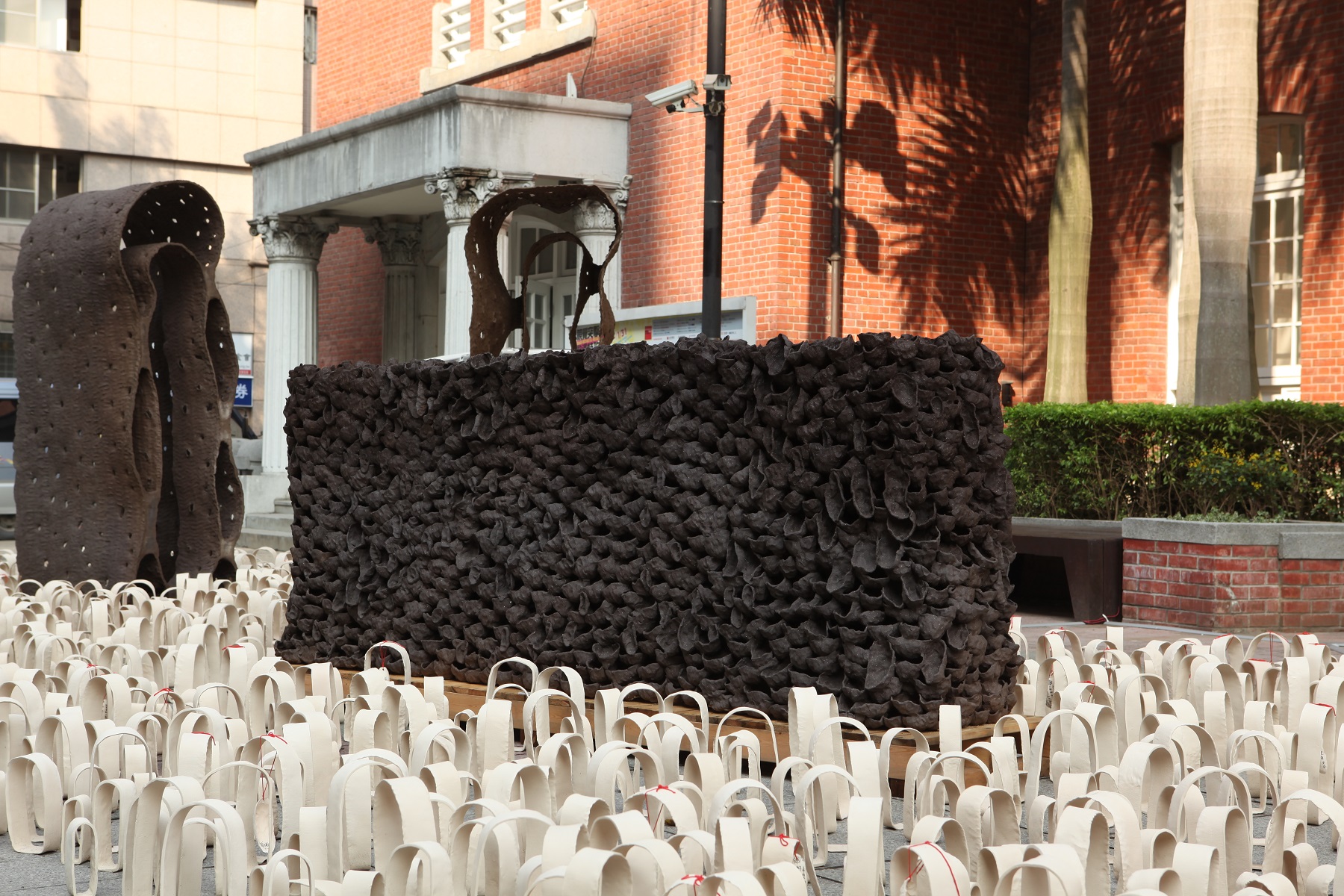 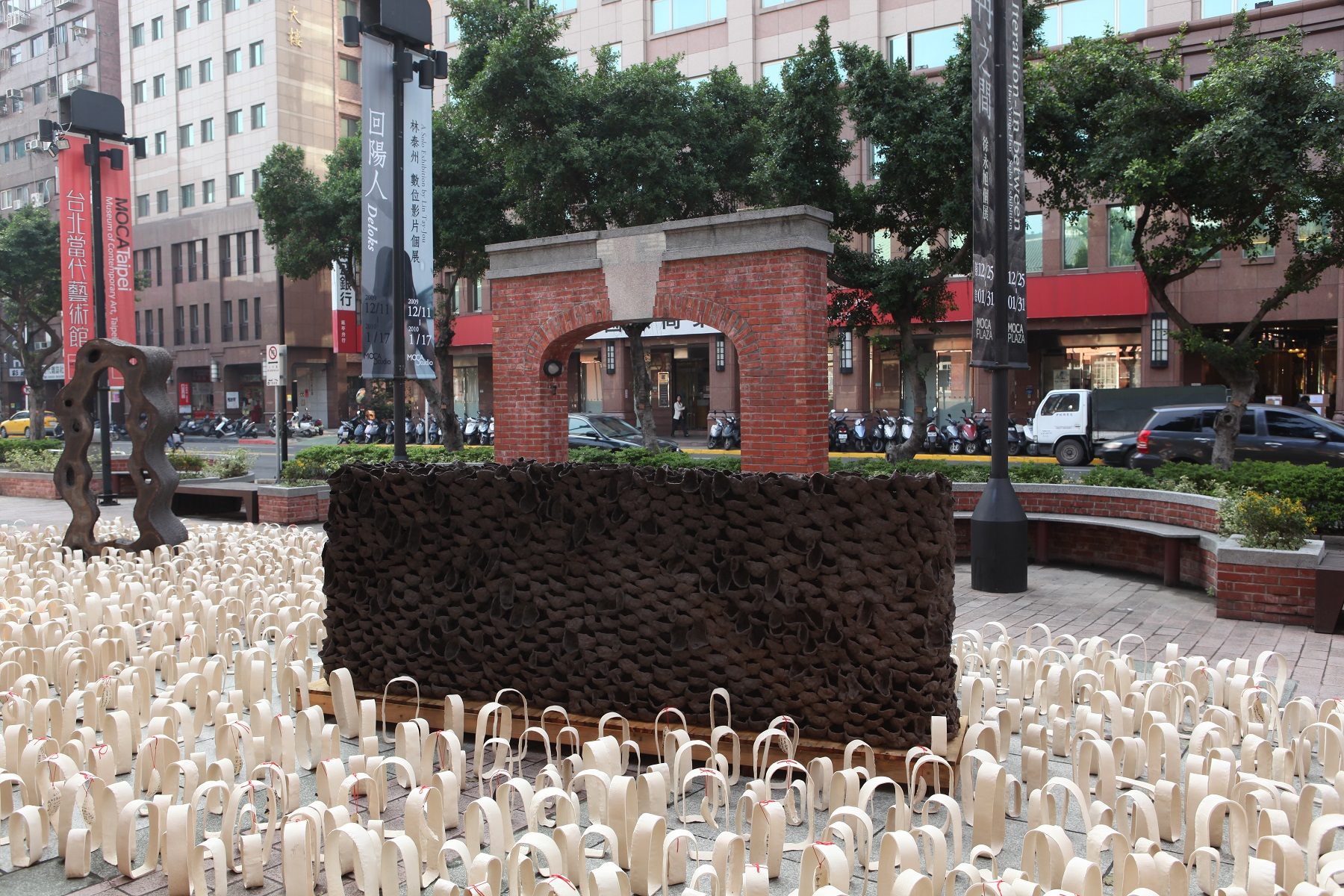 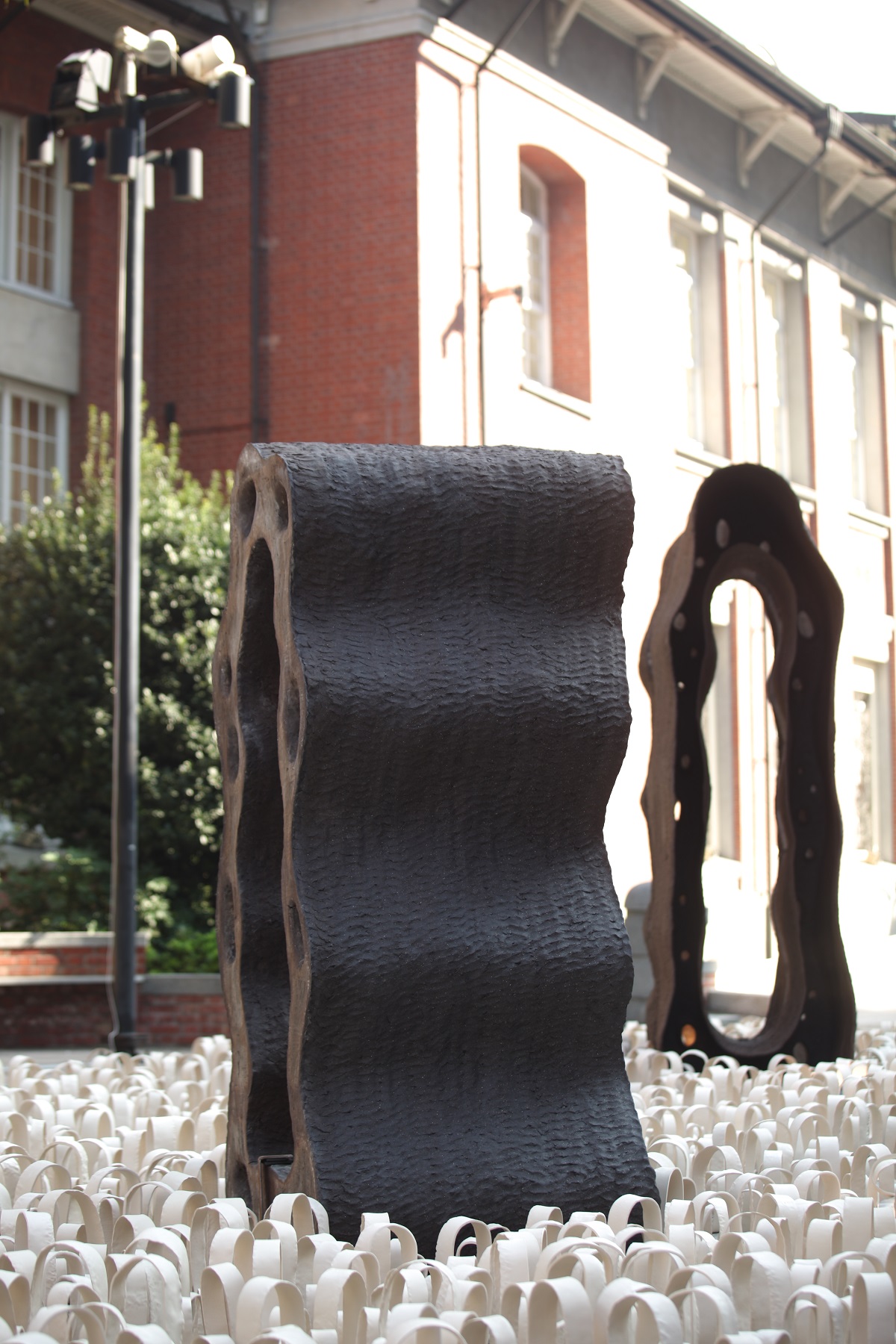 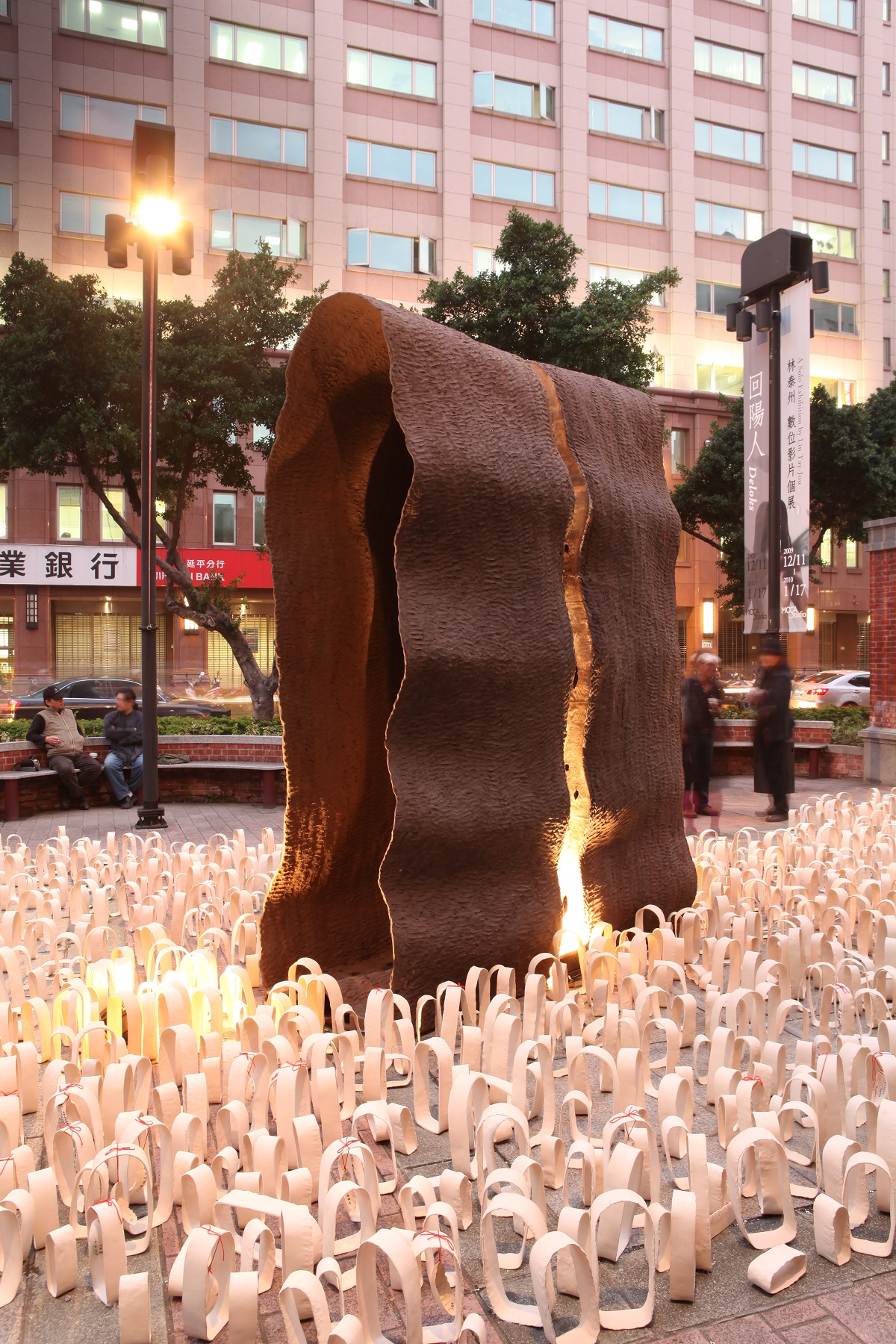